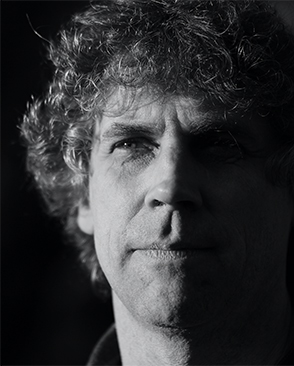 Bill Moyer considers himself a radical solutionary, addressing root problems with just, sustainable solutions. A fourth generation Washingtonian, Bill lives with his wife and daughter in the woods of Vashon Island, WA in the Salish Sea (near Seattle).  He co-founded and has directed the Backbone Campaign since 2004.  A leader in the theory and practice of artful activism, Backbone combines lessons of the performing arts with grand strategic principles from the Art of War to invigorate nonviolent social change. Bill coauthored the book Solutionary Rail, a people-powered campaign to electrify America’s railroads and open corridors to a clean energy future.  As he says, our “No” is only as powerful as our “Yes” is compelling.